GUNWYRM is an action-arcade game based around endlessly upgrading and controlling mechanical serpents. The Gunwyrm is tasked with destroying invaders, gathering parts to make its next iteration even more powerful. When the timer runs out, the next Gunwyrm activates, and the cycle continues!

Design and levels contributed to by everyone involved.

GUNWYRM was made in 72 hours for Ludum Dare 47, with the theme "Stuck in a loop". Note that the game has been updated since to fix some issues and introduce a new weapon type.

Scratching the Itch Podcast62 days ago

We just discussed your game on our podcast! Come check us out!

Is there a downloadable version of this? My computer is ancient and lags like crazy - but what I played looks and feels great!

Hey, Dude, you should add your Ludum Dare page, so people who find your game here can vote for your game there.

Aiming indirectly with the segments feels nice and I like the aesthetics of the game, would like to play a full, more fleshed out version of this, however;

-In videogames, teleporting enemies need to be programmed to not teleport inside of the player, for obvious reasons.

-There is no penalty to running out the time even though clearly this game isn't designed around running it out being an option? Only the teleporting enemies force you to deal with them, you can stay in a corner every time there aren't any.

-"Deal double damage in the last 20 seconds" is a pretty lame powerup.

- Not a fan of having your weapons just be randomized,  the game would be immensely more fun if you continuously kept picking up parts and growing, making you stronger but also a bigger target.

-Also not a fan of jumping between stages, it would work better if timing out meant a game over, but personally, I'd rather this be a survival type game or even having a big randomized level to explore EtG style, I think think that would be a lot more fun.

There is potential here for a really cool game.

Keep in mind that the game was made in only 3 days. While I agree with most of your points we literally just did not have the time to deal with them, the game was uploaded 20 minutes before the jam deadline.

- The teleporting enemies are intended to avoid teleporting on you but they still do occasionally due to an oversight that wasn't noticed until it was too late. There is a build of the game on newgrounds where this is fixed.

- The penalty is that you don't get the parts for clearing rounds. I agree that this makes it easy to trivialize the first few ascensions but later on it's not a viable strategy.

- That was literally the last one implemented and I agree that it's lame it just had to finished.

- The length isn't randomized at all? It's entirely based on how well you did last ascension. I agree that picking the weapons would have been more fun but making that work well was out of our scope.

- The entire point of the time out is that it makes you weaker next round. Larger stages were definitely out of our scope.

The game was a fun weekend (+1 day) project but none of us have any desire to do anything more with it.

Is there a downloadable version of this please?

Great and addicting arcade game that does almost everything right.

My only criticism is, that it is very easy to slip outside the game window and lose control. Having the option to either capture the mouse cursor (not sure if that's possible) or going full screen would be appreciated.

It's a really solid game for a game jam, I'd like to see this expanded upon into a larger scale game, you should.

By the way I was participating in StaySafeJam too, and I remember Hivemind you made very well)

Awesome game, not much content, but I guess that's demo or something. I really like the idea, and the game overall, but the only thing I didn't like is that it is too hard) 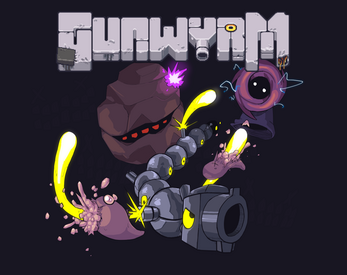